3 Key Social Media Marketing Trends to watch out in 2016

Search Engine Optimization is now Search Experience Optimization. The better a site gives user experience, the more traffic and ROI. In fact, keyword ranking would be veritably expanding through how better user search experience is! It further more strongly gets expanded through proper social media engagement and exposure. What’s your social media plan this year? Aren’t you doing it ahead of your competitors getting it readied?

So how will you start with it? Wouldn’t it be right to look out for social media trends in 2016 first? Get them know to understand the wider context of social media upcoming changes and the implications of those specific updates in a wider sense.

Why is it doing so? What’s the expanded implication of emoji? How social media users are moving with this trend? 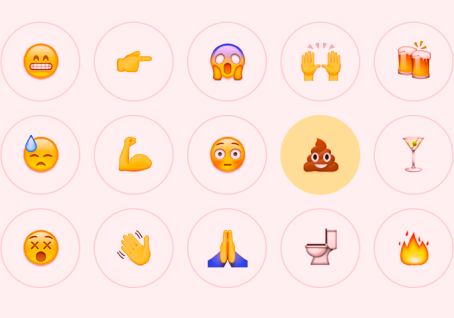 Until you know why these shifts are taking place, you can’t provide a better platform to work from, a better level of preparedness and audience understanding from which to operate!

If you get known to the scenario of shifts and what motivates those shifts, you’ll be better placed to stay ahead of the curve and carry out your social media marketing strategy in line with audience attentions.

Video to be Native Advertising Platform of Choice: Like the year of 2015, this year too Snapchat is going to generate plenty of buzz! It’s been noticed what Snapchat is delivering is in scarce supply, which is in reference primarily to Millennials and younger audiences. The fact is that companies are still figuring out what kind of ads Snapchat users best respond to. Despite this fact, they still have the advantage of treading familiar territory.

Since long time past, video has been flexing its muscle and advertisers have also been making the most out of it. The fact is their efforts are also being paid with the greatest premium.

Virtual Reality to Continue as a Buzz-Worthy Platform: Though it is a truth, yet don’t expect a great ROI from it! Many social media marketing experts are saying virtual reality and augmented reality are going to be social media priority trends to watch out in 2016.

Look at The New York Times’ augmented reality app that was released in November 2015 and that netted the media company’s most successful app launch till this date, as mentioned in support of upcoming VR & AR surge. People will see more such attempts to VR & AR into the hands of consumers.

All the same, digital marketing experts have doubts about the impacts of VR and AR. Until they become mainstream experience, they won’t get enough value to advertisers. In most of their opinions, this wouldn’t happen in 2016.

Mobile messaging apps to become an increasingly popular space for customer communication: For a long time, mobile has been an important space in social, with approximately 2.6 billion smartphone users globally and the number is still growing. Together with the rise of user numbers is rising mobile messaging apps. From among them, WhatsApp, Facebook Messenger, etc. came out as the winners. It’s expected even more important messaging apps for business communication will come up. As they will come, social media marketing people will have to integrate them into their social media strategy.

Take a look into businesses offering discounts upon installing certain apps and vice versa. OLA, OLX are the premier examples. As time will progress and requirements will grow, such apps will come up to fulfill them.

Is your social media marketing strategy smart enough to deal with these social shifts? Don’t worry even if it isn’t. Consult with expert social media strategists and construct the roadmap to stay ahead of the curve.