Is Alphabet Formation by Google to Allow Wider Focus on its Moonshot Projects?

Maybe, self-driving cars, artificial intelligence and smart contact lenses are going to be Google’s next radically revolutionary mission. Alphabet’s formation could be its result. If not, why then Larry Page passed the baton of running his strongly globally established online enterprise Google empire to Sundar Pichai, an out-and-out scientist and innovator rather than a hardcore businessperson as well as scientist and innovator like Page and Brin? 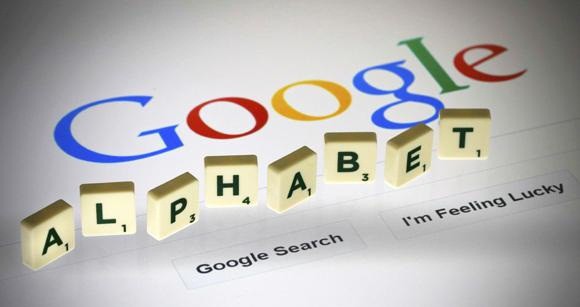 Now, at helm of Google will be Sundar Pichai and he will be focusing on things for which Google is better known as that is search and Android. Larry Page will move from CEO of Google to CEO of Alphabet and Sergey Brin will be serving as president.

By forming Alphabet, Google might have certainly shaken things up, but it had to happen in future on some days for Google’s fast ramification of its various projects and annexation of many businesses like YouTube during the recent past years. Now, the Alphabet will handle all efforts not tied to Google’s core mission. All the same, a very fundamental question lurches out how far formation of Alphabet is logical. What is the point?

What Mr. Page has put is very nice, but unlikely the whole story. Majority of us using the Internet took his words as they’re put, but there were many interesting theories floating around.

Some of them are being Brought Out here:

The Wall Street Journal reports likelihood behind the formation of Alphabet as saying that Alphabet cold draw talent by offering shares in some of its smaller companies, allowing it to better compete with start-ups which are poaching employees from bigger firms.

The New York Times points out to the desire of Larry Page for two competing corporate virtues, namely focus and expansiveness. Google is great at search, but its expertise can be applied to so many other things, too. This Alphabet would be a nice way to reconcile Mr. Page’s seemingly divergent ambitions.

Bloomberg argues that Google is following Warren Buffet model. The billionaire’s Berkshire Hathaway Inc. is a holding company for disparate businesses spanning from insurance and railroads to running shoes and ice cream. According to Bloomberg, “In the past five decades, he’s built one of the largest businesses in the world by eschewing fads, buying when others sell, and taking a long-term approach to investing.”

Many a people also opines that Page doesn’t want to deal with the day-to-day minutiae of Google product development. Alphabet’s formation would allow Page to give Pichai the job without pulling himself away from the parts of Google Page is passionate about.

There is a different sort of opinion too. Take the observation of The Guardian for example. According to The Guardian, this move might help Google battle EU regulators. Since troubles are brewing around EU regulations, Google need to tread carefully. This paper says, “It will be easier to present firms such as Nest, Calico and Fiber as separate entities if they are only united by a common owner.” In case anything sort of worst happens, it would be easier to hive off the subsidiaries entirely.

This could also be a move to calm investors who have always been “wary of all the non-search, non-advertising businesses Google has entered, and their inevitably uncertain prospects have no doubt weighed on the shares if only because they're much more of a cost for years to come rather than significant revenue generators," says the Forbes.